How to be a good tour guide in Myanmar 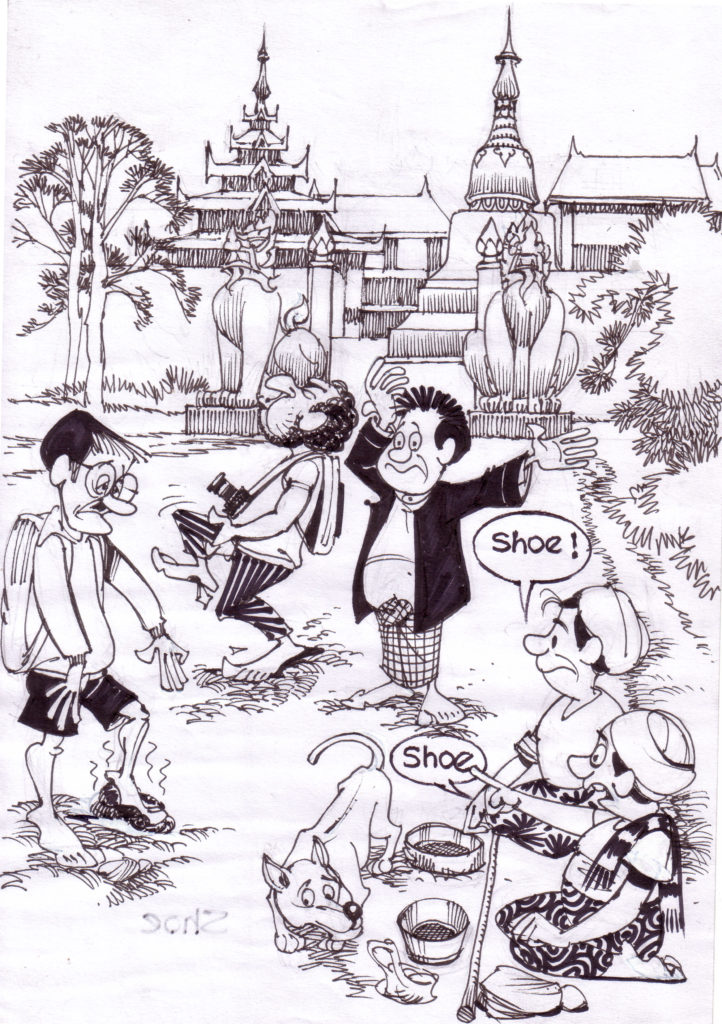 Since the beginning of the 1990s I have led study trips for many tour operators from Germany and Switzerland in Asia. On these trips I was mostly accompanied by local tour guides. I soon noticed that my colleagues often had a great deal of knowledge but they were not able to convey it to customers in an understandable way. There are various reasons for this: Different cultures and mentalities, inadequate training, lack of language skills. According to my experience Burmese – like many Asians – generally think differently from people in the West. The latter are trained in analytical thinking from childhood. Many Asians, on the other hand, have a holistic view of the world and have problems with the Western perspective. They seem to see the big picture, while in the West people are used to breaking an object down into small parts. Both methods have their advantages and disadvantages. But of course that’s just my personal opinion. For a long time I’ve trained tour guides, held courses and trained newcomers on my trips. During my training sessions I took a lot of notes. For a long time I was obsessed with the idea to summarize and publish everything. This is how my guide book came about, which is very popular with local colleagues. Although I tried to make my wording as simple as possible, many questions remained unanswered. Anyone who has dealt with such things before knows that simplifications have their limits. Especially when it comes to relatively complicated topics such as Buddhism. I assume that the readers of this website are not tour guides. So I left out the part that deals with the actual work of a tour guide. If anyone should be interested in it, please let me know. On the other hand, I assume that topics such as Buddhism, astrology and belief in spirits could be of interest to the readers of the website. As well as the statistics section.