As many of you know, demonetizations were dreaded by the Burmese people when U Ne Win was in power. Three times certain banknotes had been declared invalid. Officially, in order to hurt the black market. In reality, more ordinary people than money changers were affected. In the 1970s and 80s hardly anyone had a bank account. So many people lost their money. If I’m not mistaken, the government promised that this would never happen again after 1988. But of course, nobody believed them. Even though we have to admit that they’ve kept their promise. In the end of the 1990s the 500 kyat bill was the largest unit of currency as far as I remember. So everybody believed that sooner or later it would be declared not to be legal tender anymore. Everybody knew somebody who had a friend in the National Bank who had told him in the strictest confidence that tomorrow would be the day. Foreigners were at an advantage. But one day even they had to go to Ma Khin Aye’s store in Bargayar Road to change their dollars into local currency. So everybody was waiting for the fateful day … Several times we had false alarms.

Those days I was living near 9 miles. I was just having dinner when my gardener rushed up to my window and told us excitedly that he just heard the announcement on the radio. With immediate effect all 500 kyat banknotes with registration numbers starting with AL, AM and AN were invalid! I rushed to my safe and found to my horror that around 90 % of my 500 kyat notes were showing exactly those numbers! Not less than 20.000 Kyat equivalent to more than 200 US dollars those days if I’m not mistaken. A lot of money for me! What to do? Instantaneously, I made my decision: Get rid of it! A.s.a.p! I grabbed the invalid bank notes and called my driver who was sound asleep: “Wake up, man, we’ve gotta go to the Myaing Hay Wun supermarket immediately!” Before he knew what was happening to him we were on our way and arrived at the supermarket five minutes later. But then the question rose: What to buy with such a lot of money at short notice? The thoughts raced through my brain – and then I decided to spend the whole amount on Coca Cola! With my most innocent face I had the driver put several cartons of the soft drink in front of the cashier. Without batting an eyelid she typed in the amount and took the money as if nothing had happened. I thanked her hastily and off we went! We carried our booty to the car, opened the trunk and put it inside. If only my diabolical plan wouldn’t be exposed at the last moment! But nobody made an attempt to stop us – and off we went! Lucky me! My god, the shop owner would be extremely mad at me. And maybe at the cashier, too. But before they noticed it, I’d be over the hills and far away! Later it turned out to be a hoax and the 500 Kyat note is still in circulation to this very day! It took me quite some time to finish such an amount of coke but finally the day had come when I opened the last can! Rumour mill Burma! 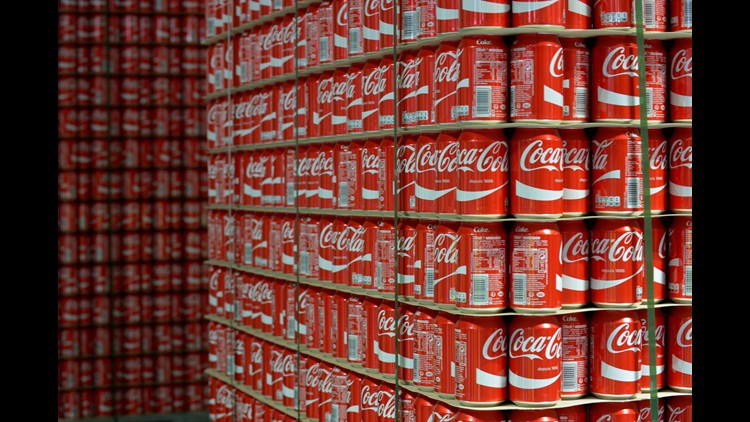