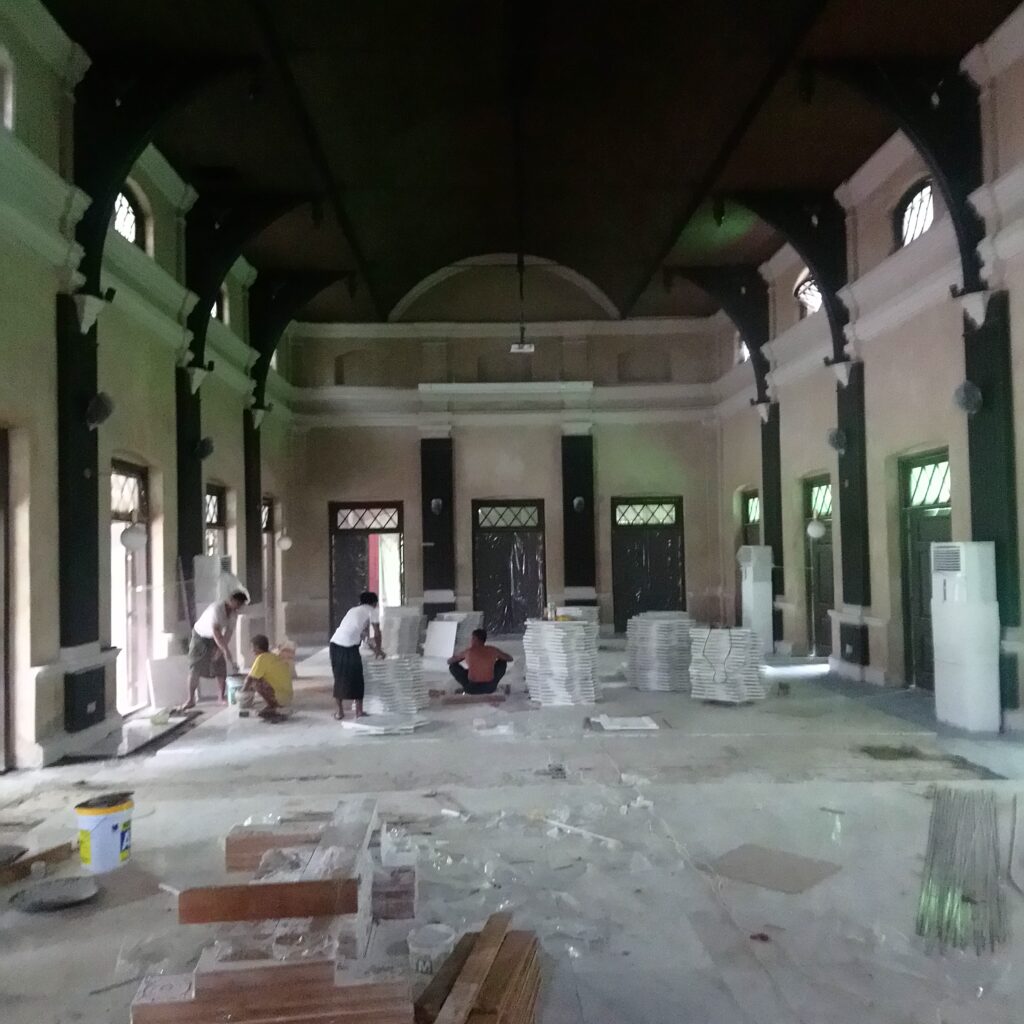 Dear All, in the rainy season of 2018 I had a chance to inspect the renovation of this historic landmark of Old Rangoon. It is located in Zagawar Street opposite the Russian embassy. The recent building was erected in 1882 and has a chequered history. In the beginning it was a ‘gentlemen’s club’ (whites only). The membership was so exclusive that there was talk about a ‘Pegu Club government’ that ruled the country. This policy had to be abandoned in the late 1920’s when ‘natives’ were allowed too. When the Japanese took over it was converted into a ‘comfort station’ (army brothel). It is rumoured that even Japanese geishas were brought over from the land of the rising sun. After the war the club continued as if nothing had happened. Most of the members were still white, Burmese a minority. Inside, the time seemed to stand still. Indian waiters in their 60s were still being called ‘boys’ then.

After Ne Win’s coup in 1962 the premises were seized and turned into an ‘Officers’ Mess’ by the Burmese army. The last occupant was the army’s pension office.  After it moved out the building was abandoned and left to decay. Only a few families of government employees stayed behind to look after the building that slowly crumbled away. In 2017 the KT group was awarded a 50-year build-operate-transfer agreement for the buildings. It bears a hefty price tag of around half a million dollars annually. Supposedly, they planned to convert it into a luxury hotel, similar to the Governor’s Residence nearby. In 2018 the first phase of the renovation was under way. My photos were taken during that time. It looked quite impressive with a lot of marble. 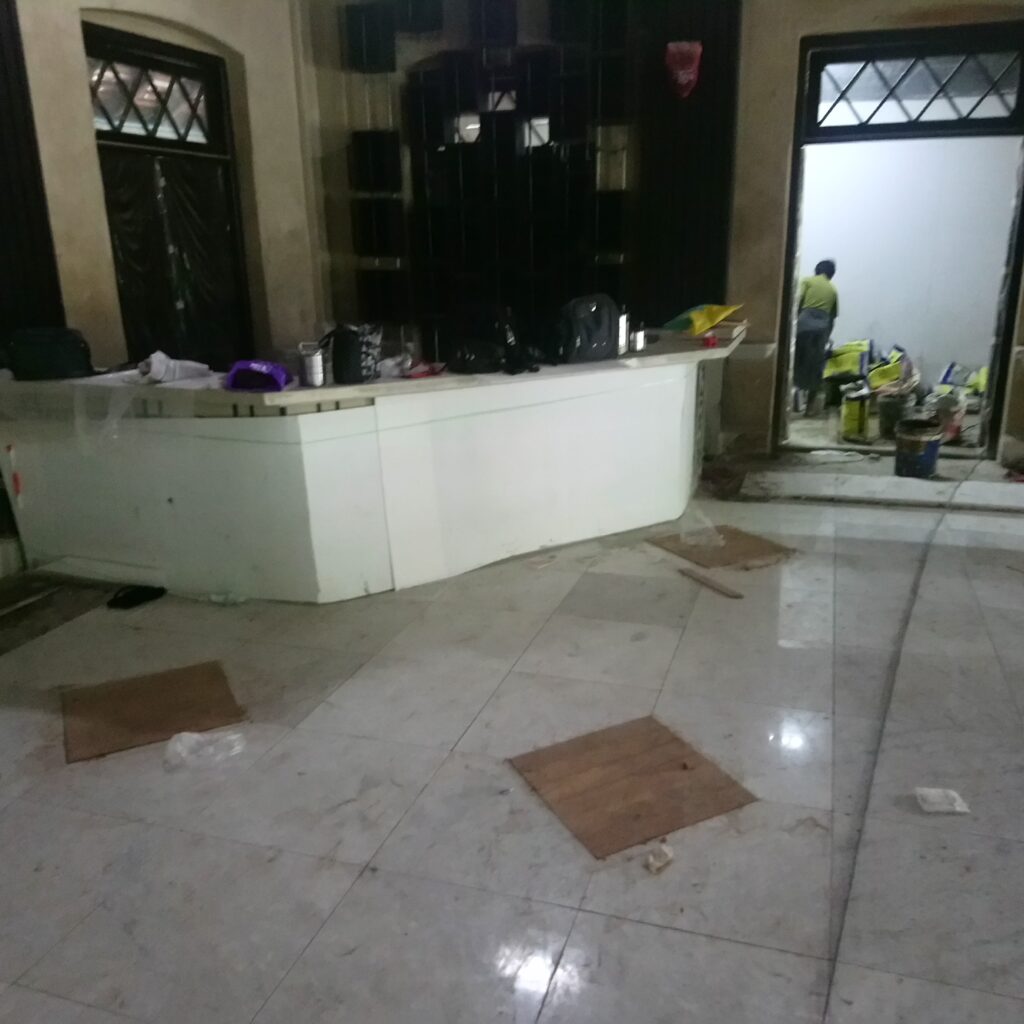 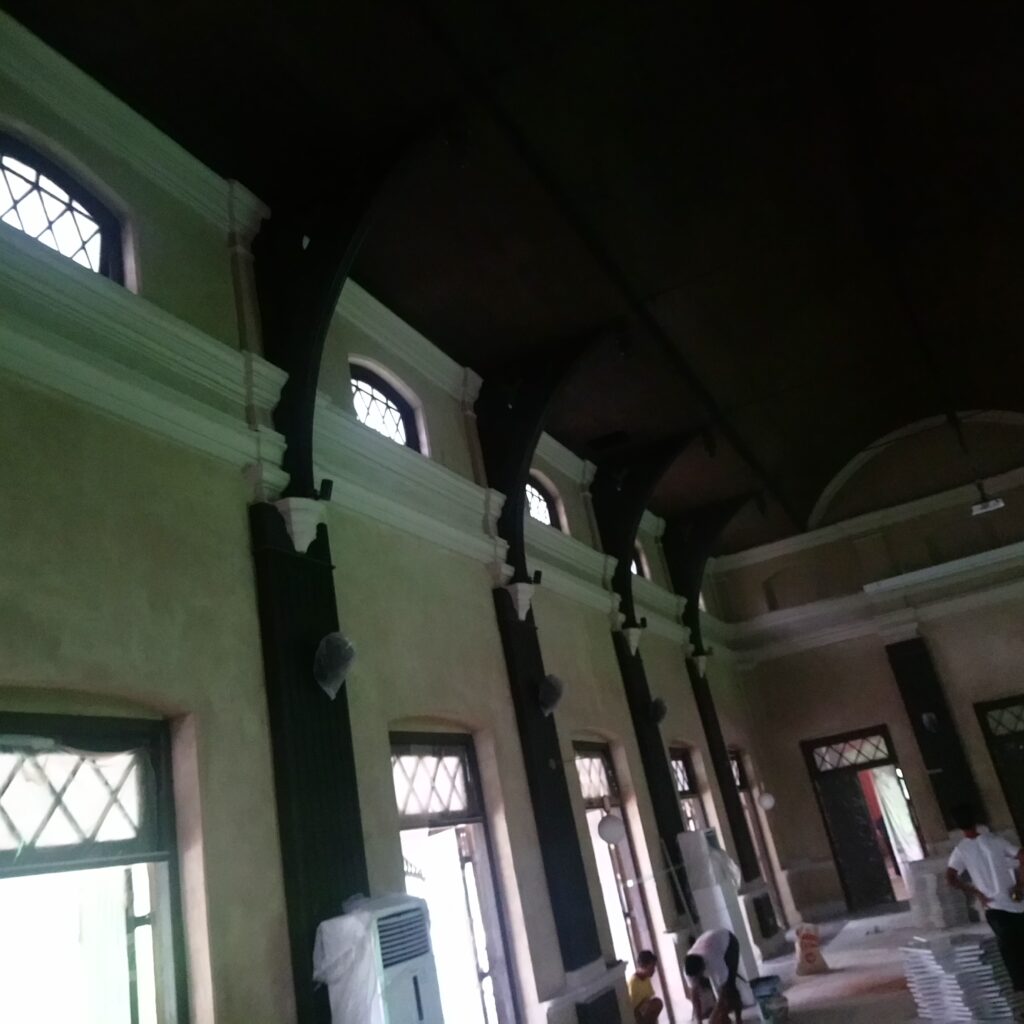 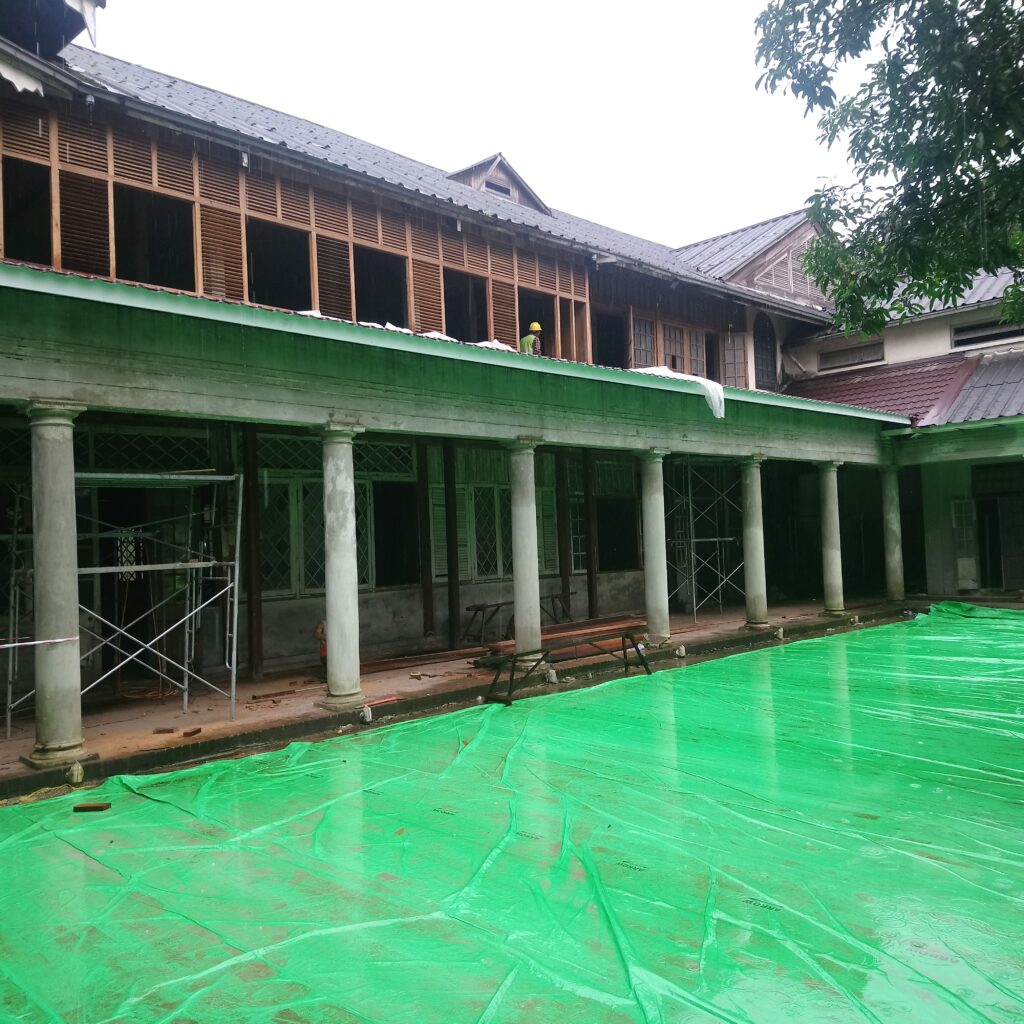 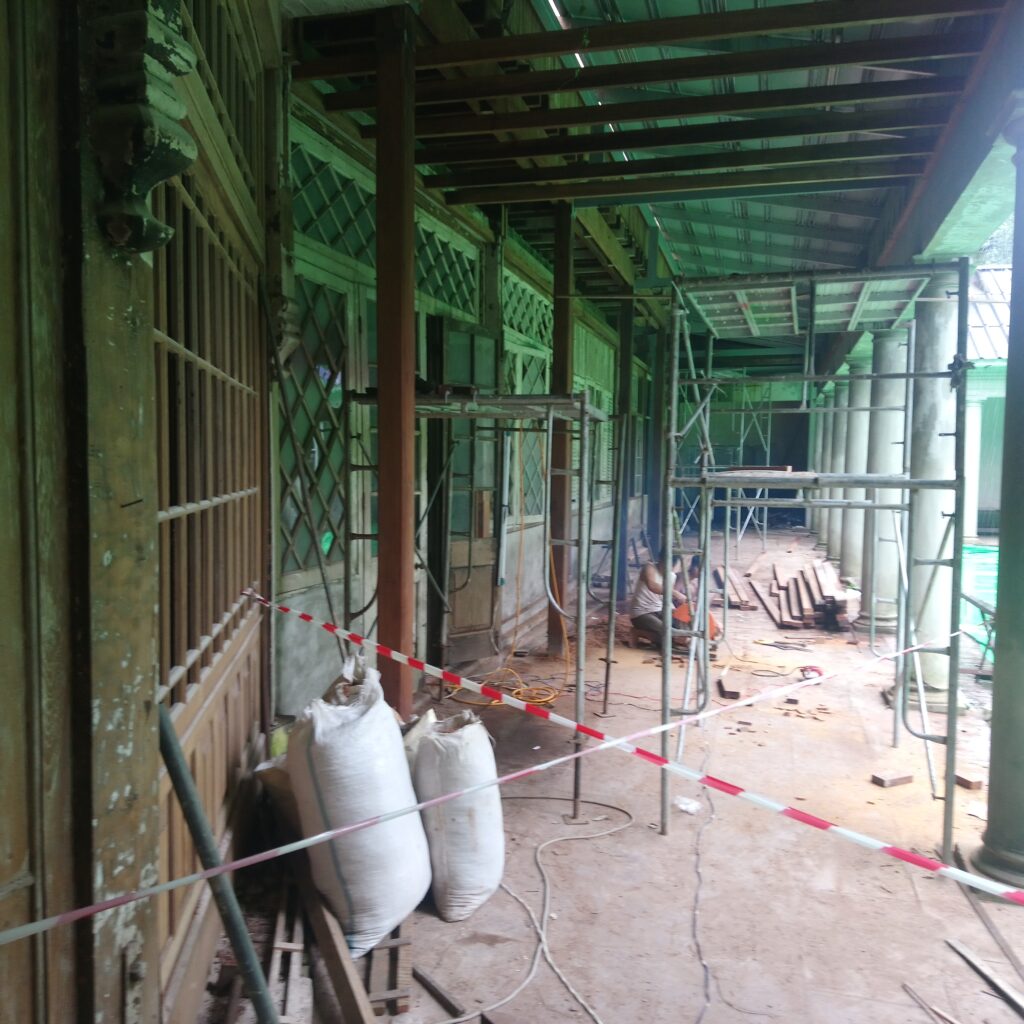 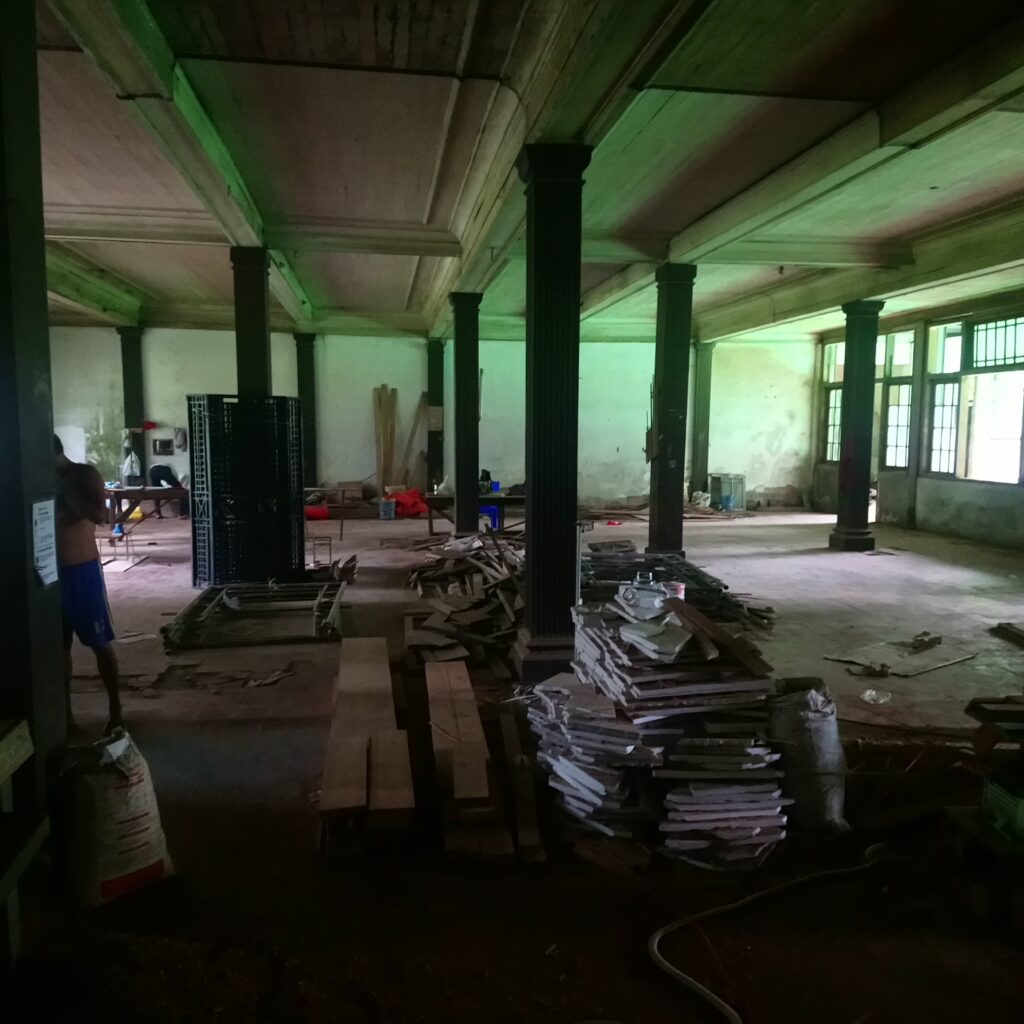 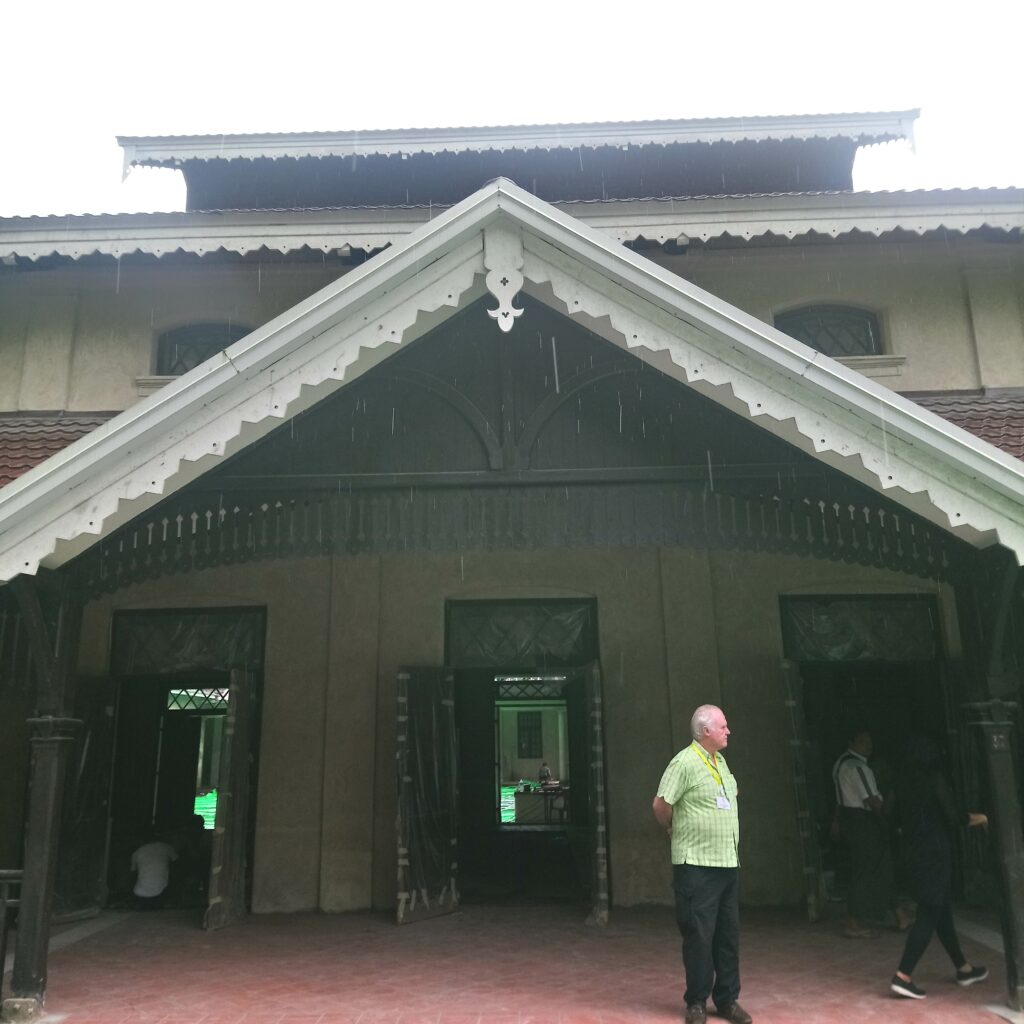 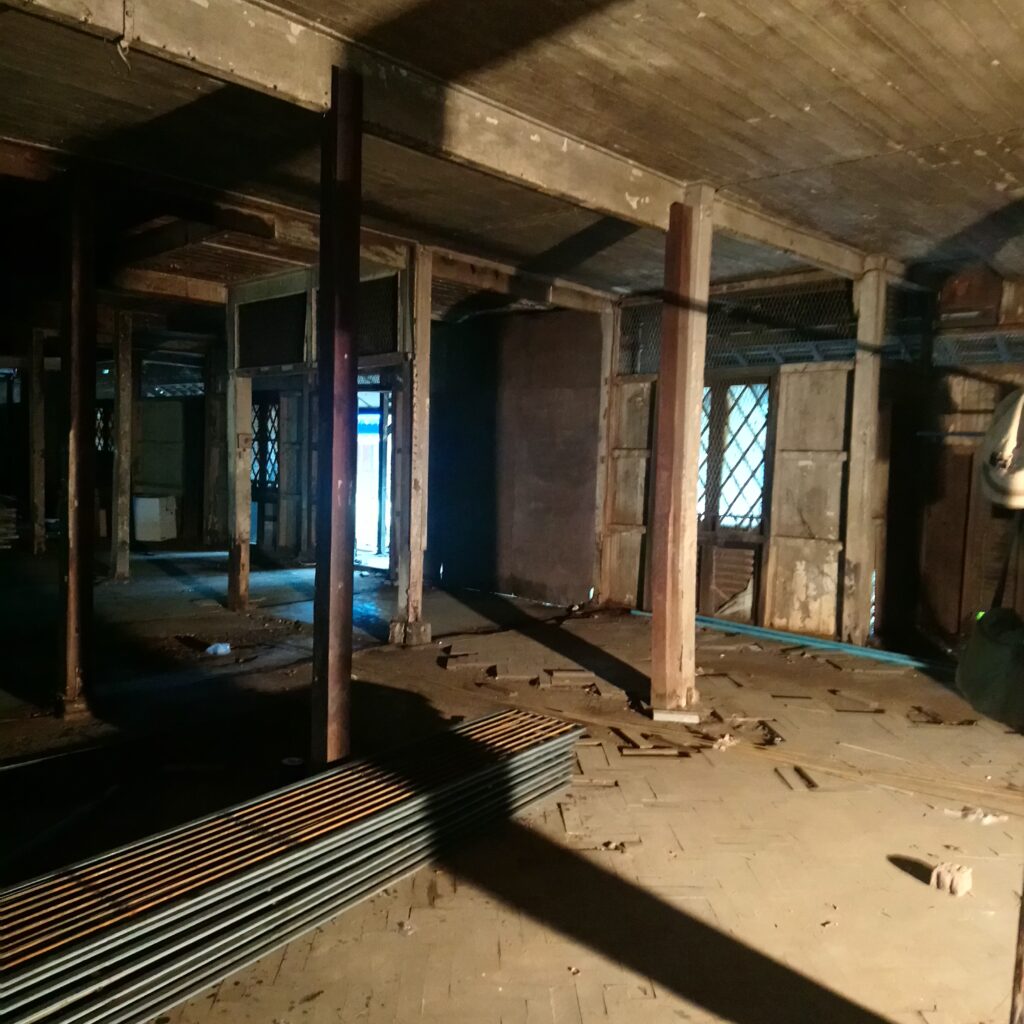 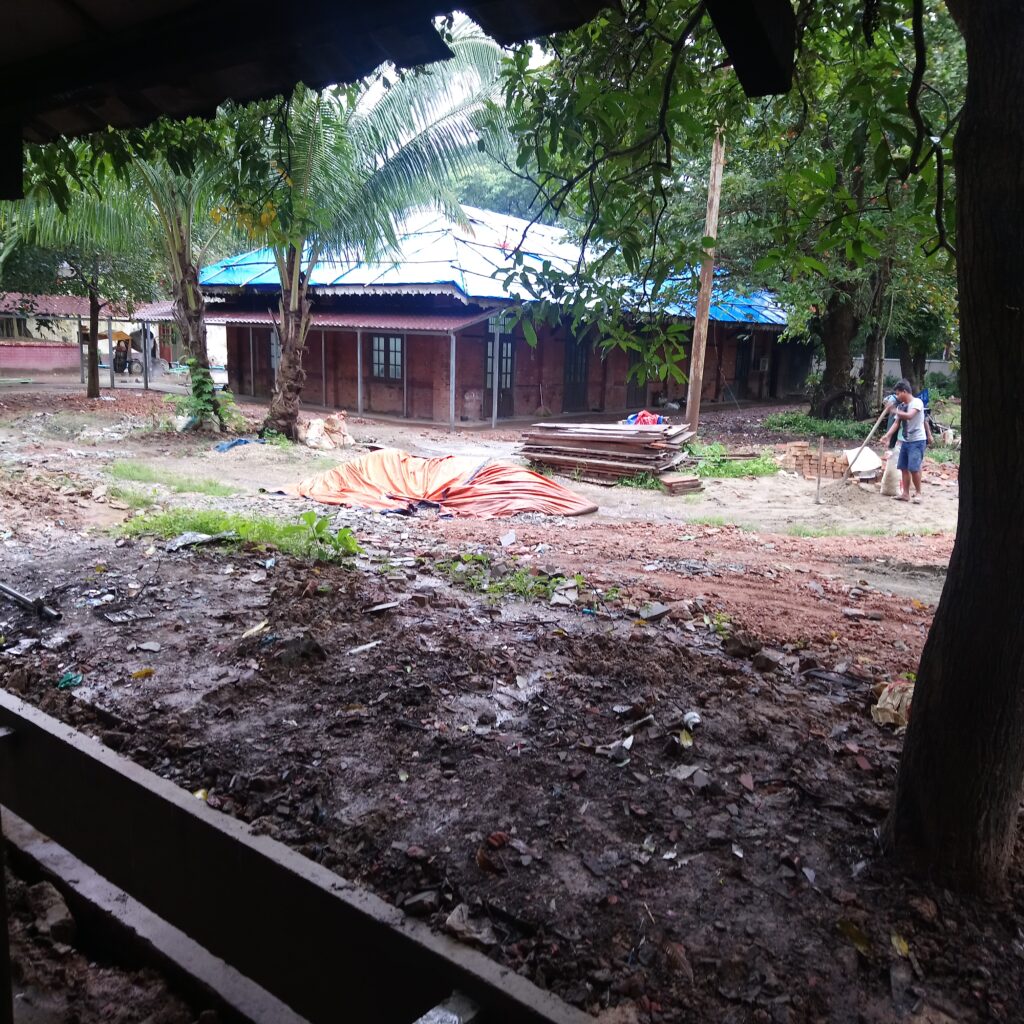