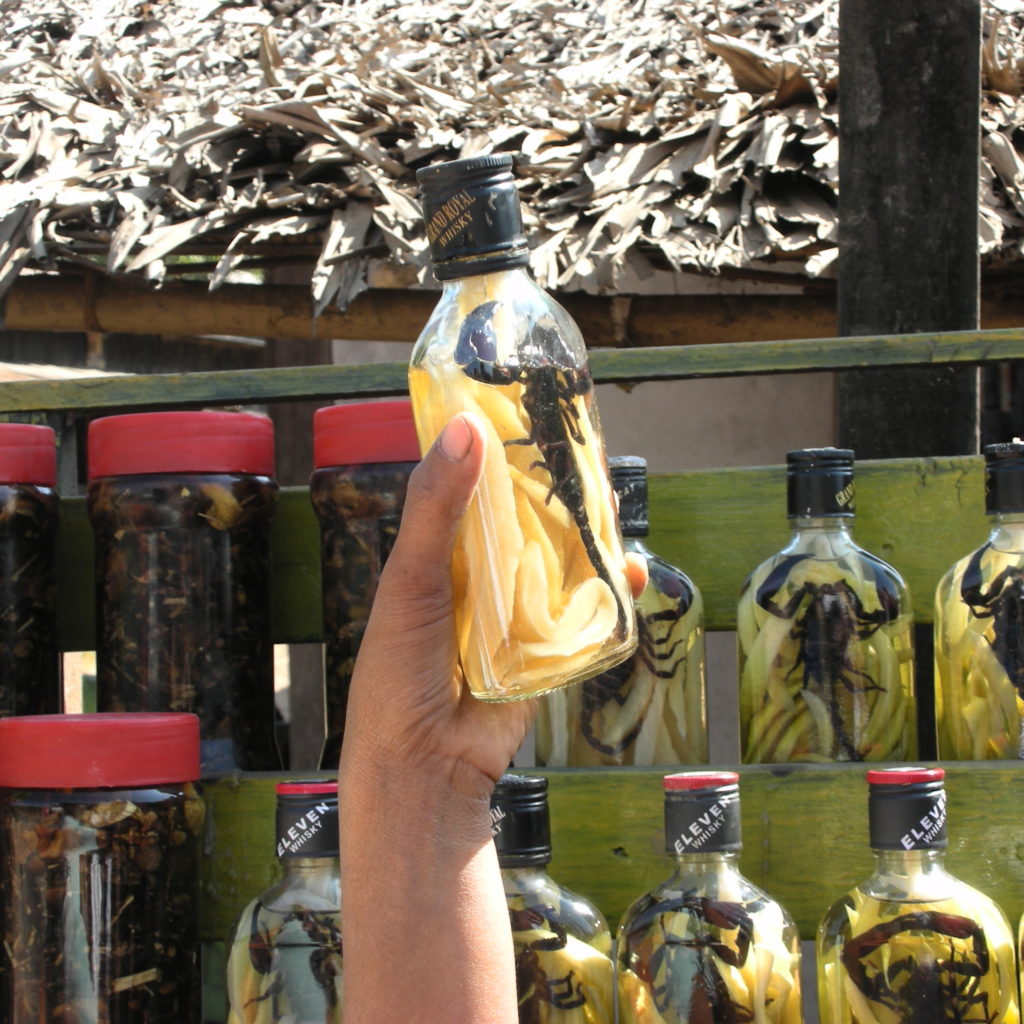 … Then he gave his helper a sign. He opened a flap on the box that I hadn’t noticed before, reached inside – and pulled out a fat python a good three meters long! I could not believe my eyes! He held it up with a grin and then he laid it on the pitted ground and the snake crawled away. People panicked! They screamed, some women began to cry and many jumped on the bench or tried to escape from the car. Some of them probably thought that their last hour had struck.